Pack it in! That was the plaintiff cry of reaction that you would have heard at school during the second half of the twentieth century. It means stop it. Counter intuitively it sometimes means add more. English is a wonderful language.

Language matters, and society naturally changes the use of it as it evolves, or devolves.

We are essentially pack animals, but we test each other in ways that shout individuality. Allegedly. Whether or not this is true we stress each other out.

Stress happens especially when one person, or group is calm, but the other person, or group, who needs to feel safer than the seemingly calm group, annoys them. In reality could they be checking:
Am I still safe? You’re too calm?! How can you be calm?! I am now borrowing your fight, flight, and freeze instinct to see how safe I really am. So there! You should be happy to be woke! Why aren’t you happy that I care that you’re not thinking what I think? Get with it! Now you’re upset so I can relax more, or we can join together, so we can bring something to a conclusion. Anything, what’s in fashion? You’re on guard duty, pal!

Have you noticed those on guard duty aren’t happy with ambiguity at all? Halt! Who goes there? Friend, or foe? Ambiguity provides too many variables to contain when you’re on guard duty. How did you ask to be on guard duty, or did someone tell you that it’s your responsibility? To keep whom safe? What if you were already safe, and they were already safe? How much safer is safe? This is when stories to create the opposite are in abundance. Just to be on the safe side.

Sides? do you want fries with that?

No room for ambiguity?

The different coloured hues are reduced to black and white thinking. It’s this, or it’s that. For, or against. Safety, or danger. Love, or hate. Life, or death.

And so it continues with humankind. The more alert the herd is, the safer it thinks it is, even when they have deliberately reduced the information they could choose to use. Suddenly it’s surplus to requirements in the war effort for a declared enemy in our largely peaceful world. Yes, we’ve got hotspots across the planet with hostilities, and bombings, and terrorists, and Covid19, and sometimes shitty people, but most of all we fight against our own inner peace.

Notice how trying to reduce something, or hone something is like sharpening a pencil to a point. The reduction of the carbon won’t change the fact that it’s a pencil that needs carbon, this allows it to be classed as a pencil. A pencil without carbon is a short stick.

Isolated people who once lived in family groups don’t have as many live and press people to test stress, and safety on. They test themselves. As more families split, members inevitably die, or grow up and leave, the internet blooms, and booms with trends and threats. It has now become the way we mainly connect. Populated with its own tribal packs it is a living thing without breathing flesh. The new zombie that many people have left to others to control. It provides the illusion of connection, and common ground. For those seeking true connection the proof is in how they mobilise concerted effort and action in the real world. Nothing happens without action, and that’s why people are physically making fewer beneficial changes in the real world, they think they’re living it on the internet.

Opportunities for brotherhood, sisterhood, social engineering, and antagonism. No physical presence. Optimised air brushed images. Unrealistic expectations, and fear of rejection. Potted lives, marketable desirability. Potent potentially. Reducing individuals to ephemeral pixilation, because there’s always so much more to see! Attention spans aren’t what they were. Depth isn’t generally as deep on the internet, so people pack in as many clicks as their drowsy eyes will allow.

In this virtual world people can set the emotive domino effect in motion and not even be present to see the effects, until lots of people are stressed, and so packed in that they have to free themselves, or not. Unless of course they think that safety in numbers is enough of an argument to not do anything in particular about their squished options.

It follows that stress, whether real or virtual may lead to hyper vigilance in some people. When the ones who are seen as leaders are telling you to be stressed they fully expect you to follow. To back them up, and join in. After all, these leaders have pronounced the future for the pack and should never be questioned in their almost religious disavowal of alternatives that make may things less urgent. These other things may make things calmer. We can’t have that! Urgent is need. Urgent is attention. Urgent is cash. Urgent is urgent unless it isn’t.

Remember when it was urgent to get an item, until that item was no longer a priority? Remember when it was life or death to be friends with certain people and yet you’re still here, but where are they? Do you even remember their surnames? Are they on Facebook? Do you care?
How we focus our attention has become a huge issue. How much can we pack in? How much can we pack away? How important is it?

It is always valuable to remember that ambiguity can be an unopened and exciting gift. Not all stress is bad, but just because someone is handing it out like raffle tickets you don’t have to buy in. Really.

Remember when other try to reduce everything they may mean you, too. That’s a stressful thought, especially when you thought that because you did what you were told to do that they were naturally on your side. Think again. Thinking is good.

How to cope with stress?

1. Identify whether what you are stressed about is really physically happening to you right now.
A: No, it’s not happening right now. That’s all right then! Find something else to occupy yourself with that is more relaxing and beneficial.

2. It is physically happening right now.

Get professional advice, and take the necessary timely and measured action. Be grateful you know because now you can do something about it.

Is the stressful thing you are worried about definitely, and absolutely going to happen, no doubt at all? Not even a glimpse of a chink of a possibility that it won’t happen?

A: Empower yourself with professional advice and planned, timely, measured action.

4. If there is a real possibility it won’t happen.
A: While still being sensible and measured in your caution, refer to point 1A. 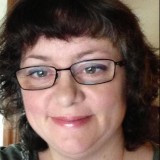 There is a huge difference between hypnotism and hypnotherapy. I’m an accredited clinical hypnotherapist, but have used hypnotist in my email address because it’s a shorter word. Want to know how what I do to help people like you, is different? Email me to arrange a telephone phone chat.